Notice: Constant FS_METHOD already defined in /var/www/wp-config.php on line 139
 Big Boy the Outside Cat Lives a New Life – Fun Around The Corner
Skip to content

The weather these days have been too crazy, one day is 60 degrees and we wear shorts and the next day we are searching for our heavy coats again because we are down to 18 degrees. Trying to mentally adjust to these changes is a clear challenge but it seems like life in the past two years which has been nothing but adjustments.

When the kittens are awake, they are great company and I enjoy watching how they entertain themselves running after each other or playing with a ball. That is only for about the two hours they seem to manage to stay awake. I was never a cat person until “Gracie” came to my porch and stole my heart. I had to do research to be able to understand their behavior a bit. Then came K.T. and MiniMe, I think there is some CATNEWS channel in the neighborhood that says if you want free food or want to live comfortably come to Mary’s house! I love animals and can’t see them suffering or going hungry, so my last addition is Big Boy.

Big Boy is the father of all the cats in the neighborhood although a rescue program picked him up a few years back and neutered him. He has been an outdoor cat for at least 18 years of the 22 years I live in my house. The same rescue lady called me and said “would you take Big Boy he is so old, and winter is coming, we want him to have a warm place and you are already feeding him.” How could I say no to that? He has been indoors for the last 5 months and is making a lot of progress. At the beginning he used to cry and spent the entire day in front of a glass door looking outside. Now he plays with the kittens and roams around the house. A few days ago, I walked into the bedroom, and I saw him sleeping in Hershey’s bed. Hershey was my cocker spaniel dog who went to live at Rainbow Bridge seven years ago. Yes, I still have his bed!!! Big Boy’s life is very passive. He sleeps all day and night. He gets up to eat and go to the bathroom and occasionally walks around the house to play with the kittens. Before he decided to invade Hershey’s bed, he was sleeping in the sunroom, so we never heard or monitored his sleeping habits. But last night I realized Big Boy is a snorer!! I could not believe he snores so loud that he actually woke me up. I laid on my bed and thought about how he probably thinks that this nice warm bed is much better than sleeping out under someone’s porch.

The other day I went around the neighborhood reaching out to registered voters. I visited the street where Big Boy used to hang around. I told the neighbors about Big Boy and how he has adjusted to indoor living. They had been worried that they had not seen him, and he could be hurt but were so happy to know he had a home. He has begun to respond when I call him and when it is feeding time. It is so good to see his progress and know that for the last years of his life he will be loved and protected.

If you liked this blog, consider subscribing and sharing it with your friends.

Fun Around the Corner

Fun Around the Corner

Fun Around the Corner Editor 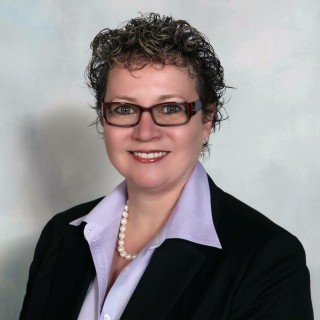